After century-long negotiations between the Holy See and the Bourbon Kingdom, on the 26th September 1840, through their plenipotentiaries, Pope Gregory XVI and King Ferdinand II signed the boundary treaty in Rome. It put an end to the state of uncertainty in which the border of the above-named states was, causing quarrels and crimes among neighbouring peoples. After having solved every territorial dispute, the real boundary line was traced upon detailed plans. It followed natural elements of demarcation, as the outline of the mounts or the course of the rivers, marking the salient points where artificial signs were set up the following years. At first they were wooden stakes, later 686 very particular boundary-stones.

They were small cylindrical columns in local stone, whose top bore engravings showing the direction of the border. On their sides, in the direction of the Papal States they had two crossed keys and the year of laying (1846 or 1847), whereas in the direction of the Kingdom there were a stylized lily and the progressive number (from 1 to 649 with some numbers repeated). The columns ended with a more or less square basement, plunged in the ground. The official list of these border-stones was posted up in every boundary village to spread news about the variations occurred. It reported the serial number (growing northwards), the name of the locality and the towns which they belonged to.

The ratification of the treaty, signed in 1840, occurred only in April 1852, because of the famous political events in 1848-1849 (the insurrections, the new Pope Pius IX’s exile in Gaeta, and the proclamation of the Roman Republic) and the reopening of the negotiations, after the Pope’s return to Rome (April 1850). It also led to the change in the sovereignty in many localities near the border. Starting from the Tyrrhenian Sea, the border followed the Canneto River, the bank of the lake of Fondi, the ditch and the perimeter walls of the Epitaph (pontifical customs), the main crest of the Ausoni Mountains reachable from Amaseno and Vallecorsa, the hills between Castro dei Volsci and Pastena, the valleys between Falvaterra and San Giovanni Incarico, the fields between Arce and Ceprano, the Liri River, the hills between Castelliri and Monte San Giovanni, the Ernici Mounts with the Ciociarian towns whose territories end on the Latium-Abruzzi regional watershed ,namely Sora, Veroli, Alatri, Vico nel Lazio, Guarcino and Filettino, the Simbruini Mounts, the Cavaliere plain, the valley of the Turano, the Carseolani Mounts, the Salto valley, the field and the Reatini Mounts, the mounts of the Valnerina, the furthermost spurs of the Sibillini and of the Laga Mounts, the Castellana valley, the Vibrata valley and the last 18 km of the Tronto river, up to its mouth into the Adriatic Sea. At present only a few cippus stand in the original sites. They are largely destroyed, rolled down the hillsides, carried away or missing.

Their reinstatement in the site of setting would be desirable, because they still mark the boundaries of villages, provinces and regions. For centuries this imaginary boundary line also created a cultural, political, social and economic divide among neighbouring peoples, differentiating their laws, habits and customs. Now, in these zones, although many years have gone by from the end of both nations, you can still meet old people proud of being “papists” (or with an erudite word “statisti”: inhabitants of the Papal States) or “regnicoli” (inhabitants of the Kingdom of Naples), ready to tell bygone stories of smugglers often going beyond the bounds, and of brigands with their treasures hidden who knows where. In the chapter “Nature Itineraries” we propose you walking along the ancient border line of our province. 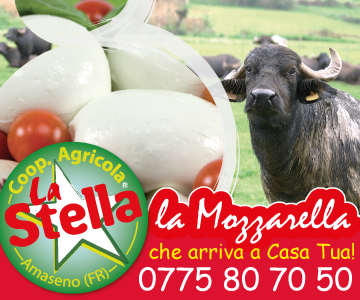 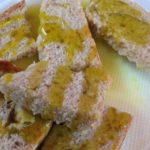 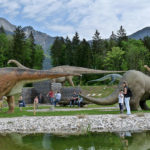 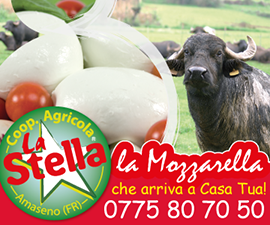