The city of Boville Ernica (in the province of Frosinone -Lazio), listed amongst the most beautiful villages in Italy, can boast in its millennial archeological and artistic heritage a nativity scene dating from the fourth century A.D., carved in relief on the lid of a splendid early Christian sarcophagus.
Found in 1941 in the location of Sasso, a Roman villa site yet to be fully discovered, it has been kept since 1947 in the Church of St. Peter Ispano. The artifact, in white marble, is composed of a rectangular container and a lid with “back splash”, that is with vertically projecting appendage. The original form of the tomb is not easily recognizable because, after its discovery and restoration, it was converted into one single piece to function as an altar. Today it can be admired in the side chapel to the right of the presbytery. Even the decoration on the front of the container is unique: a slide gate with grates, complete with lock and wheels, such as those that opened the Roman tabernae on the street front, alluding to the entrance of the deceased in Paradise. The raised edge of the lid, articulated in three parts, presents significant scenes from the Old and New Testament. To the left there is the scene of the Three Jewish Youths, condemned by the Babylonian King Nebuchadnezzar to be burned alive on the furnace because of their refusal to worship a golden idol, yet unharmed. In the center is a table supported by winged geniuses, unfortunately without registration, thus we have no news on the importance of the person for whose burial it was intended. In the right field appears the oldest nativity scene in the world, divided into two parts: the Nativity of Jesus, the shepherds, and his Epiphany, with the Wise Kings who are about to arrive at the stable to make the Adoration of the Baby Jesus . A mysterious female figure sits on the ground, between Jesus and the Madonna. Perhaps to be identified with a personification of the place, as a handmaiden of the Virgin or as Sophia (Divine Wisdom), it is located just below the shooting star: its presence makes the scene even more attractive and still awaits identification. In the past it was thought that it was St. Joseph, but in fact he does not appear in the Christian scene if not from the fifth century. A.D.
The shooting star, fixed to the roof of the stable, was recently at the center of innovative studies of Teodoro Brescia of the University of Bari who has identified the heavenly constellation at the time of the conception of Jesus: the discovery was re-launched by the media in a RAI television programme (TG3 Leonardo and Voyager airing August 4, 2016) and will shortly be proposed by Discovery Channel.

Archaeologist Elisa Canetri, author of the book “The early Christian sarcophagus of Boville Ernica“, published by the Municipality in 2003, states that the sarcophagus, dated between 330 and 350 AD, is unique within historical, artistic and religious fields and holds a high-prominent place in the cultural heritage of mankind. 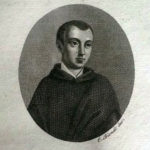 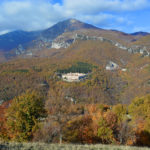